The Truth about Root Canals

The Truth about Root Canals

Root Cause is a feature length documentary featuring opinions from doctors and dentists from around the world, that try to postulate the health effects of the root canal procedure. Root Cause is one man’s personal journey of self-discovery and subsequent attempt to prove that a long accepted safe procedure might have health impacts

The film opens with the story of Australian filmmaker Frazer Bailey. As a young man newly graduated from high school, he was involved in a fight. A punch in the mouth damaged several of his teeth. One of the front teeth could only be “saved” by root canal treatment. 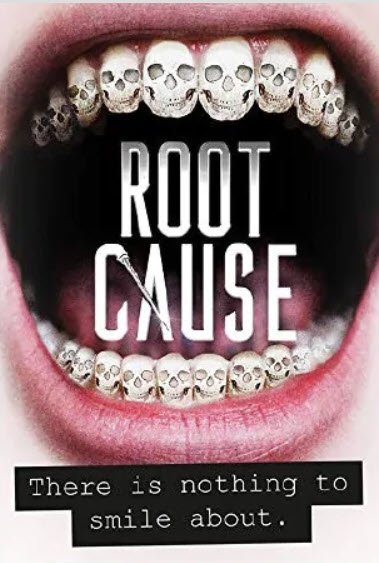 All was well for a while – until Bailey began to experience panic attacks and developed chronic fatigue syndrome. His health steadily deteriorated from there.

His search for answers led him on an extensive health journey. He tried virtually everything, from conventional medicine to different diets, nutritional supplements to a staggering array of alternative medical treatments. He even attempted spiritual cures.

Eventually, he learned that his root canal tooth was the trigger for his ills. The film then portrays his return to health and vitality through finally addressing the “root cause.”

Bailey’s story is interspersed with interviews with leading experts on the link between dental infections and degenerative disease. More than one describes root canal teeth as having been “taxidermized”: The tooth is dead but preserved.

Naturally, they also discuss why the structure of dental roots make them so prone to harboring harmful bacteria even after the standard “disinfection” that’s done in root canal treatment. And since the procedure completely seals off the inner chamber of the tooth, your immune system can’t address the lingering infection. Because the tooth’s nerves have been removed, you have no way of knowing that it’s infected.

Unfortunately, our teeth are also energetically connected to our bodies via the meridian system. Meanwhile, toxins within the tooth can enter the general circulation through the ends of the roots still situated in the jaw.

Root canal teeth, note the experts in the film, have been associated with cancer, heart disease, autoimmune disorders, chronic fatigue, and other chronic health conditions. They share stories of their own patients, such as a college student who developed kidney and bladder infections after root canal treatment and a woman whose severe, chronic back pain went away after her doctor numbed the nerve leading from a root canal tooth.

With a rich combination of narrative and wealth of expert testimony, Root Cause holds the viewers interest while relating an astounding amount of information in just a little bit over an hour.

“New knowledge,” says the narrative voice-over, “is never immediately adopted. Rather, old knowledge dies out, and the new takes its place.” Root Cause puts that new knowledge across powerfully in hopes of one day making “the root canal procedure something of the past.”

About the Author: John Hardgrave